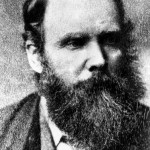 Death removed one of the early settlers of Mackay yesterday in the person of Mr Daniel Shepherd, managing director and founder of the well known local firm of D Shepherd and Sons. The deceased had been a prominent member of the mercantile community of the town for the last forty years, during which time he built up a business that is now one of the most firmly established in the Mackay district. Born in the village of Gosforth, Cumberlandshire, England, 80 years ago, the late Mr Shepherd came out to Australia as a young man of 18, first settling in Victoria. He cast his lines in many waters in different parts of the Commonwealth; being one of the sturdy class of pioneers to whom the late generation owes a debt of deep gratitude. Mackay has been making considerable progress in the number of new buildings erected during the past few months. Among others is a large and commodious ironmongery store erected in Brisbane Street by Mr D. Shepherd. (Description taken from the Mackay Mercury, Saturday 16 August 1873.)

Coming to North Queensland, the deceased was attracted here from Bowen in the year 1870. He immediately opened the business of a storekeeper on the site of his present premises at the corner of River and Brisbane Streets, and after suffering the vicissitudes connected with the earlier settlement of this vast district, established for the Anvil Stores a reputation that will long survive the founder. During his residence here, the deceased devoted a large amount of his time to the public life of the town, occupying seats on the Mackay Town Council and Harbour Board. Though conservative in his opinions, it must be said of the late Mr Shepherd that he was thoroughly conscientious in his beliefs, which trait gained for him much respect. He was one of the foundation members of the local branch of the Manchester Unity of Oddfellows. His advanced age did not preclude him from maintaining an active control of his business right up to within a short time of his death. He enjoyed excellent health till the beginning of July last, when he was attacked with influenza. His age then began to tell upon him, and he was ailing up to within a fortnight of his death when he was seized with a paralytic stroke from which he never rallied, passing away at 11 o’clock yesterday morning.

This sketch of the stores of Daniel Shepherd was taken from The Queenslander, 1891

The deceased was married in Sydney about 46 years ago, his wife who survives him being a sister of the late Mr John Cameron of Brisbane and aunt of the present Cameron Bros., of the Queensland capital who succeeded their father. Mrs Bracelin, of Brisbane Street, Mackay, is a sister of the deceased, who had no other members of his family in Australia. Besides a wife, the deceased leaves two daughters and three sons, his family comprising Mrs C. Davie and Miss Hannah Shepherd, and Messers Jack, Harry and lsaac Shepherd, all being in Mackay with the exception of the latter, who only left recently for London. The funeral leaves the late residence of the deceased, Shakespeare Street, for the Mackay Cemetery, at 3 o’clock this afternoon.